Lesson 4: Finding the Right Spin You Can Give Your Article to Have it Spread Like Wildfire

There’s nothing better than having a class on Saturday, is there? Well, you know what they say: „there’s no rest for the wicked”, so let’s get into some more wicked stuff that would make most SEOs be like: “oh, you heathen!”.

What I’m talking about is of course, optimizing content for Humans, which most people who do SEO fail to consider, even though best selling authors and award winning journalists have been doing it for years.

In lessons 2 and 3 I showed you how to research and find your profitable topic, but research doesn’t really end there, even if you’re (over)confident that you know the topic amazingly well. You’ll soon see why (it has to do with finding the most profitable angle you could give to your content, in order to maximize results).

In A World of Media

We live in a world of media, where the word gets around very fast and information, trends and ideas change at a very rapid pace. This always leaves the gate open for tremendous opportunities, which we have to explore. You need to get into the mindset of exploring these open gates and seeing how you can maximize the impact of each article you plan to write about regarding any of the topics you identified in the last two weeks as being profitable.

Let’s get to the basics of: Optimizing. It doesn’t mean: „creating”. It means taking something that’s already created, or is in the process of being created, and making sure that you make THE MOST out of it.

We don’t want to create amazing content that will end up being read by no one. Many people create „great content”, but it remains obscure, somewhere on the internet, because they don’t take care of embedding „marketing” into that content. And here’s where optimization comes in. First you do SEO, as I taught you in the first training program, but second you have to also optimize your content for the Human readers who will reach your blog post due to the fact that you did your SEO.

We need to make it likeable, to have it written in such way that it actually makes the Human reader feel naturally attracted to it.

This will make that human reader love it, come back for more and also share it for you, generating social signals, which you already know that are very important for SEO as well.

Does this seem to be very tough?

Well, it is! And there’s no point in lying about it either.

We created Squirrly to take most of all this hard work out of SEO, and also out of optimizing your content for humans. You can test it full option and see for yourself.

Even the Free Version we’ve built up does a lot of helping when it comes to optimizing content for Humans.

Since we want to make THE MOST out of our content, there is no time to waste.

You took the other two classes, so you already know what you want to write about, and which topics you think will be most profitable. Wicked! (Oh, not another awful slang in this course. How many slangs will I get to ’till the end of this course?)

Before considering typing the article, it’s best to get some intelligence on what is generally said throughout the web about the topic we plan on writing about.

It’s good to know if there are some „bad” connotations regarding the topic, but most of all this gathering of what is called „social intelligence” can help identify story angles that you can play with in order to make your content more engaging for Humans. As I said, having a robots.txt file will make crawlers either engage or not with your site, but us Humans don’t really care about that kind of thing.

Think of it this way. I did the „cooking recipes” example back in Lesson 3. Lets continue with that. Say that perhaps you want to write about „cooking recipes for dinner”. You might have some few ideas on how to put a spin on this and make it interesting, but wouldn’t it be awesome if lets say „America’s Got Talent” were ongoing and one of the biggest stars on the show would be caught trying out a cooking recipe for dinner?

You could write about that, and it would have huge chances of becoming one of your most successful articles.

Let me tell you: that’s the kind of content that Human readers will love and rest assured that it will spread like wild fire, building a lot of popularity for your blog or business, helping get more fans (and more Moola, Moola in the end). All of this in kind of a short time.

The best opportunities are often missed, because we don’t spend enough time researching some really interesting and current happenings from our world, which could make our content really take off.

That way, we’d really make THE MOST out of our content and we’d also become much more likeable for the people who invest their time into reading our articles (and hopefully also invest some moola moola into our retail, services or product business as well).

The Tools of the Trade

There are different ways in which we can do this, and we will explore them further in our next Lesson.

The purpose was to get you even deeper into the right mindset for this idea of optimizing content for Humans, which so many overlook. In a really crowded market, this is the kind of mindset that could help you win.

See you next time, when we’ll explore how to take care of the 5 points I just mentioned, related to gathering social intelligence. 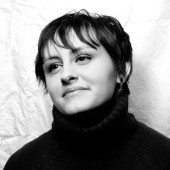 Lesson 2: Optimizing Your Content For Humans: Identifying Your Profitable Topic

What You Need to Know about a Commercial Real Estate Blog

7 tactics you too should use for your growth hacking strategy