You Gotta See This.

Social video is hotter than the bulb in your grandfather’s Super 8 projector. Social media reaches over a third of the entire global population-this reach is enormous. The chances of your target audience not being part of a social media network are getting smaller every day.

It doesn’t seem to matter who or what the competition is. Mobile is winning against all contenders.

The research firm, eMarketer. Inc breaks it down like this. Of the 55 minutes per day that consumers spend watching video on internet devices, 33 minutes are spent on mobile devices (smartphones and tablets) and 22 minutes on desktops and laptops. This includes both short-form (YouTube-style clips) and long-form (Netflix, Amazon Prime, etc.) videos, but here’s the real deal: these statistics also include consumers who don’t watch any videos online on either mobile devices, desktops, or laptops.

What all this means is that the writing is no longer on the wall; it’s in someone’s hand on the tiny screen of a device that seems to have an almost infinite capacity to captivate our attention.

To make matters muddier, they all have elements from all the others and many can probably be categorized in multiple ways. Beyond the ones outlined above, there are forums and communities for every special interest group you can imagine: from writers, to physicians, to just about any profession that has more than ten people. Just defining social media is a mind-numbing challenge. Wrapping your arms around the whole animal is impossible. Think about that fable you heard when you were a kid, about the blind man describing the elephant.

When a problem gets this big and complex, it’s time to go back to basics. Before you can get to the four Ps of marketing, you’ve got to know two things. Who is your customer and where can your reach them?

Social media is such a diverse environment that you don’t want to even think about trying to cover the whole thing. Your customers are going to be hanging out in some places more than others. Investing in a deep understanding of your customers, where they hang out and what their habits are, especially with respect to their online practices, will save you big bucks in the long run.

In this day and age, “social” means one thing: sharing.

Just making it up as we go

Social media is a massive social experiment. No one knows where it is going or even what it will look like a year from now on. We are only just now starting to see some of the positive aspects and more than a few negative effects of social media. The social media world offers us the same things you can certainly find anywhere else: change and uncertainty. For the time being, anything you do, involving social media, from a marketing point of view, will be an experiment.

The potential it has is bigger than anything most of us can imagine. And, costs to test the waters are declining.

One way of figuring out where all this is heading is understanding the sharing economy and how to make it work for you. The sharing economy doesn’t just apply to AirBnB, Uber, and Lyft. Over 90% of online video users share videos they have seen. Over 90%. That’s almost everyone. This is just good old fashioned word-of-mouth. Back to basics. It’s just that the word gets out and around a lot faster than it used to. Take advantage of this. Create something worth sharing.

And, this, dear marketer, is really what you are looking for. The medium really is the message.

The one success metric that matters

Imagine someone in your target audience–give them a name, a title, an address; create an avatar. Now imagine that individual watching your video on their phone and turning to one of their friends and saying just four words. But these four words are not just any four words, they are the holy grail of mobile/social marketing. The words you want to hear? “You gotta see this.” That’s the only metric of success that matters. Except, of course, that you must keep doing it.

The Eyeballs are The Way

One thing is clear. If you want a force multiplier for your marketing efforts, you want your audience saying just four words after they see your video; “You Gotta See This.” 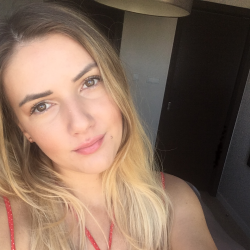 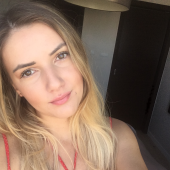 7 Marketing Tools to Use on Your WordPress Site

3 Tips that Will Make You a PRO in Keyword Research