Why Buzzwords Can Really Help You Out: Growth Hacking Mindset

From time to time, there are some words that become buzzwords. And for some reasons, there are always those people who just love to comment and criticize on whether some words mean a thing that already exists, but are disguised under a more pretentious expression. Growth hacking is one of those words that’s really trending right now. Sean Ellis was the first one that used this term, back in 2010. After all this time, just recently it started to raise controversy.

Why are buzzwords such a bad thing?

Essentially, growth hacking is a term that is used to describe a job which is different from the ones that already exist. Some say that it is a buzzword for marketing people. Its advocates say it’s not. Who should we believe in, then? Well, let’s look at both points of view.

When I was studying grammar, I always had some tasks I needed to solve that involved analyzing a sentence or a phrase. Naturally, I would have to define what some words meant. I will go through this process now, too. Sometimes, we have a better understanding of a term, if we start from the roots.

Starting from the definition, a growth hacker is a person that is focused on growth. The word “hacker” may be a bit misleading, because a growth hacker does not necessarily mean that he or she (though, it is mostly a “he”) needs to know how to code. I would say that it’s added mostly for its esthetic meaning, rather than for its practical one. A hacker can also be someone who is ingenious, who can break patterns, and focus on what’s really important: growth.

Growth hacking is really important for startups, since the entire concept is based on growth. Not necessarily, though. Big companies, like Facebook or Twitter have made some really big jumps thanks to it. It is a process that looks a lot like marketing, but it’s not. We live in a world where “everything’s a copy of a copy of a copy”. Why blame a word to be a buzzword just because WE can’t find the meaning we desire for it?

I wouldn’t say that growth hacking should be overlooked. Since its conceptualization, several communities have come to life. Yes, too many people use it now, even though they use it for the wrong reasons. It is annoying, but that’s how people are, and you can’t change that. There will be a day when people calm down, and accept things for what they are.

Some specialists (if there is such a thing) in growth hacking gave some definitions of the term. Raf Weverbergh analyses it here. I really liked his critical sense and his commentaries. More specific, I found quite interesting his take on Patrick Vlaskovics, who said that you can’t be a growth hacker, until you actually have results.

If this article didn’t convince you that growth hacking is a real deal, then maybe Bronson’s manifesto will. I want to know: what are your thoughts on this buzzword? Do you find it annoying or useful? Maybe it will vanish in a year or so. That is what usually happens with all trends. What would you do to stop people from saying that they own the title, when they really don’t?

Cristina Coroiu
Editor in Chief at ChiefContent
When I don't edit articles and make them look good for ChiefContent, I do a lot of graphic design. Loving my Wacom tablet. 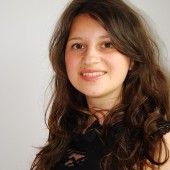 When I don't edit articles and make them look good for ChiefContent, I do a lot of graphic design. Loving my Wacom tablet.

Lesson 4: Finding the Right Spin You Can Give Your Article to Have it Spread Like Wildfire

Looking for An Unconventional Marketing Strategy That Works? Top 7 Choices

7 tactics you too should use for your growth hacking strategy

Stay Ahead of Your Competition’s Marketing Strategy